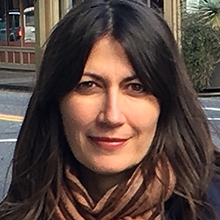 Sheila Sawhny (Associate Producer) was raised in Mumbai until age 13, when her family migrated to New York City. Well-versed in many disciplines, her range of work extends from the corporate world to theatre and film development. She started her career as an actor, having performed, written, directed and produced in NY, LA & Europe for over twenty years. Her first screenplay was a Slamdance winner and she was the recipient of fellowships from Outfest Film Festival and Plume et Pellicule Screenwriting Lab in Switzerland. Now in Los Angeles, she is the Filmmaker Liaison for the Indian Film Festival, in charge of full cycle talent services for all filmmakers. An Associate Producer of the FitnessTech Summit, she is involved with the co-ordination of all components of the annual event.